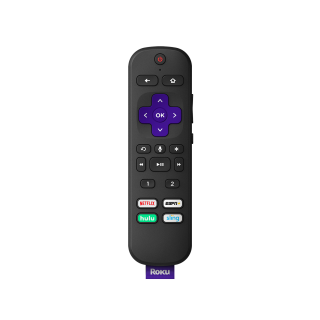 A brewing dispute between Roku and Fox days before the Super Bowl might prove that streamers won’t be able to avoid some of the headaches that are driving them from cable.

Roku said its distribution agreement with Fox Corp. is set to expire on Friday, which would make programming on Fox channels unavailable on the Roku platform.

Roku said it offered Fox an extension so that its customers “can bring a large and valuable audience to Fox.” It added that “our discussions with Fox continue and we hope that Fox will work to reach an agreement soon.”

Fox pointed the finger at Roku for the potential disruption before Super Sunday.

“Roku’s threat to delete Fox apps from its customers’ devices is a naked effort to use its customers as pawns.  To be clear, Fox has not asked Roku to remove our apps, and we would prefer Roku continue to make them available without interruption,” a Fox spokesperson said.

“Roku’s tactics are a poorly timed negotiating ploy, fabricating a crisis with no thought for the alarm it generated among its own customers. Even if Roku unilaterally decides to remove Fox apps, savvy Roku customers know Super Bowl LIV on Fox will be ubiquitously available through streaming providers, Fox apps on the biggest streaming platforms and our website,” the Fox spokesman said. “ Only Roku can pull apps from its customers’ devices, and we would urge them to stop the intimidation tactics and reconsider the merits of irritating their best customers in pursuit of Roku’s own interests.”

If Fox channels are removed from the Roku platform, customers will still be able to watch Fox programming--including the Super Bowl--via virtual MVPDs including Fubo, Sling TV, Hulu Live and You Tube TV.

Blackouts have been a common problem when distribution agreements between programmers and traditional pay-TV distributors expire. Several key agreements came to an end over the past few months, but in most cases long-term extensions were reached without service interruption or with short blackouts. A few broadcasters and distributors are blacked out, including stations acquired by Apollo Global Management to Dish subscribers..

Service interruptions appear to be a new phenomena for streamers, but might turn out to be a growing one as more viewers cut the cord.

The NFL points out that there are places other than Fox to stream the Super Bowl. They are: