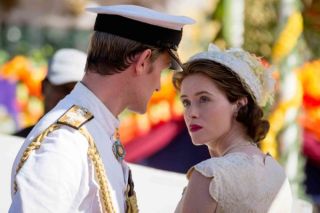 Research and analytics company TVision said that among over-the-top programs, viewers in November paid the most attention to season three of The Crown.

The Crown generated a 1.21.4 Attention Index, according to TVision.

Other top OTT shows in terms of attention were three shows from Apple TV+-- For All Mankind, See and The Morning Show--and Disney+’s Star Wars series The Mandalorian.

The most binged OTT shows were Hello Ninja, Hulu’s Letterkenny and Castle Rock, according to TVision, followed by Rhythm + Flow and Living With Yourself.

The most co-viewed OTT shows for November Apple’s For All Mankind, Hulu’s Letterkenny, Living with Yourself, Apple TV+’s The Morning Show and Hulu’s Castle Rock.

TVision also said that the top broadcast TV shows in terms of ad viewability were The Goldbergs, NCIS: Los Angeles, Mom, Bill and The Resident.

On cable the top shows for ad viewability were Guy’s Grocery Games, Flip or Flop, The Real Housewives of Dallas, America Says and Beachfront Bargain Hunt.