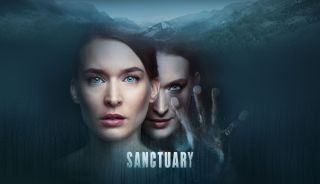 Based on the novel The Devil’s Sanctuary by Marie Hermanson, the series stars Josefon Asplund and Mathew Modine. Sanctuary is a suspenseful psychological thriller that deals with the defining human issues of survival, identity, trust and betrayal

It will premiere on Sundance Now on April 23.

“As the US home for culture-craving TV watchers looking for their next streaming obsession, Sundance Now is thrilled to acquire the first-rate psychological thriller Sanctuary, said Shannon Cooper, VP of programming for Sundance Now. “With its gripping script, impressive international ensemble and the picturesque backdrop of the Italian Alps, Sanctuary is a perfect addition to Sundance Now’s slate of addictive dramas. We’re happy to partner with Studiocanal, Yellow Bird, and Fabula Pictures to bring their edge-of-your-seat thriller to US audiences.”

The series is produced by Italy’s Fabula Pictures and Swede’s Yellow Bird. It is distributed by Studiocanal.

“At Studiocanal, we are delighted to partner with Sundance Now on this intriguing new series and are proud to see this high-end European drama travel across the Atlantic. We are confident Sundance Now will be the perfect home for Sanctuary and will bring this gripping narrative, adapted from a best-selling novel, to new audiences in North America,” said Beatriz Campos, head of international sales at Studiocanal.