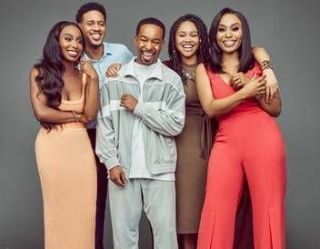 BET+ has renewed its comedy series Bigger for a sophomore campaign, the streaming service said.

The  series, which launched its first season on BET+ this past September, follows five close knit African-American friends as they navigate love, friendships, career ambitions, and the journey to getting "bigger" together, according to the streaming service. The series stars Rasheda Crockett, Chase Anthony, Tristen Winger, Tanisha Long, and Angell Conwell.

Bigger was created by Felischa Marye and is executive produced by Will Packer.

“We are excited and proud to bring the Bigger squad back for another run.  Will and Felischa have been tremendous partners and we can’t wait to dive deeper into the hilarious and complicated lives of Layne and her group of friends,” said Devin Griffin, general manager, BET+ in a statement. “Our commitment to premium content continues with this series. Fans embraced the show because it’s real and fresh, and provides a new way for Black viewers to see themselves in original Black stories on screen.”