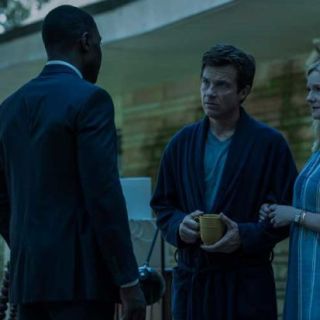 Season three of anxious drama Ozark is on Netflix March 27. The series follows financial planner Marty Byrde, played by Jason Bateman, and his family as they navigate life in the Ozarks with Byrde owing some favors to a dangerous drug cartel.

Ozark was nominated for a best drama Emmy last year.

Ozark is produced by Bateman’s Aggregate Films in association with Media Rights Capital for Netflix.