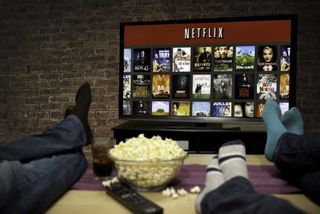 Not only are more people streaming video, but there’s a lot more content for them to watch, according to a new report from Nielsen that uses numbers to show how much the television business has changed.

"Make no mistake, the proliferation of on-demand streaming services is the most profound media disruption of the last half-century. And this disruption is driving profound, real, actionable opportunity across all facets of the industry," said the author of the study, Peter Katsingris, senior VP audience insights at Nielsen.

Netflix had the biggest share of streaming on TVs at 31%. YouTube was second at 21%, followed by Hulu with 12% and Amazon at 8%. “Others” accounted for 28% of streaming. Recently launched services, such as Disney+ and Apple TV+, and those about to launch including AT&T’s HBO Max and Comcast’s Peacock are likely to show up in future reprots.

Using data from its Gracenote division, Nielsen said that through December 2018, U.S. consumers had access to 646,152 unique program titles across linear and streaming services, up 10% from 2018.

Of those titles 16% were available exclusively on linear television, while 9% were only on SVOD. For advertisers looking to reach viewers watching over-the-top , 44% of the titles were available on free ad supported VOD services.

In 2019, global media spend was roughly $600 billion. By 2023, Nielsen expects digital media spend to top $500 billion globally and account for 60% of all media spend, which will be nearly $1 trillion at that point.

"The winners of this battle for audiences and dollars will reap the spoils of that revenue opportunity. But to get there, they will need accurate metrics to help them plan, forecast and make informed decisions—decisions to drive their respective monetization models to success," Katsingris said.

But with all that content available, the average time spent per adult watching video dipped to five hours and 22 minutes in the third quarter from 5:24 a year ago. Live and time shifted TV dropped to 3:56 per day from 4:13, while the hours watched on a TV-connected device increased to 55 minutes from 47 minutes.

Katsingris didn’t think the drop was significant, calling video consumption basically flat. If younger viewers had been included, there likely would have been an increase reported.

He added that he didn’t think video consumption had plateaued. “I still anticipate that there is definitely opportunity for growth as we continue to look at the data and as more services come out and more intriguing content comes out there as well,” he said.

Overall Nielsen noted that people spent 11 hours and 54 minutes, or about half their day, connected to media in the third quarter of 2019, up from 10:30 a year ago There was a big jump in usage of apps and the web on smart phone to 3:58 from 2:31.

“Consumers are still willing to pay for something new in addition to what they have already, so there’s  definitely opportunity there for other players in the field to reach consumers based on the content that they want to provide,” Katsingris said.

The top reason why people wanted to add additional paid streaming services was to expand the amount of content available to them. Other big reasons were “to watch programs I used to watch on TV and can’t find anywhere else,” to watch a particular program that I have heard about,” “to access original content exclusive to streaming platforms” and to replace other more expensive TV services.”

Consumers called cost the most important attribute of a video streaming service, cited by 84% of those surveyed. Other important attributes were easy of use, variety/availability of content, streaming/playback quality and speed in terms of menu selection and loading content. Skipping ads was important to 52% of consumers and 48% mentioned being ad free.

The weekly reach of live and time shifted TV was down 2% to 84% in the third quarter. The reach of internet connected devices was up 6% to 44%.