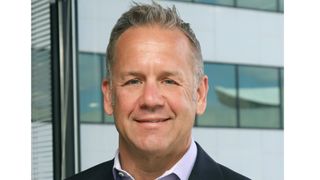 Just like in one of its nature films, when some majestic animal has adapted to a change in its environment, CuriosityStream seems to successfully evolved to match the great flood of competition hitting subscription streaming land.

With its programming lineup of “factual entertainment”-based programming encompassing science, technology and history, the streaming service started by Discovery Communications founder John Hendricks five years ago recently surpassed the 13 million-subscriber mark, continuing to build its appeal both domestically and internationally.

CuriosityStream president and CEO Clint Stinchcomb recently spoke to Next TV about the streaming service’s position in the evolving digital streaming marketplace, as well as his thoughts on the fallout over the streaming wars. An edited version of the interview appears below.

NEXT TV: How does CuriosityStream differentiate itself from the other streaming services?

CLINT STINCHCOMB: CuriosityStream is a pure, factual brand. What we mean by that is its science, technology, history, food, travel, lifestyle--it’s a full offering of factual entertainment, which, just like sports and news, is a full category. We’re committed to taking CuriosityStream around the globe  because the content travels well. An alligator is an alligator, a planet is a planet, and we control the global rights to most of our content.

What’s the appeal of factual entertainment when compared the scripted content that is helping drive subscriptions for Netflix, Hulu and Amazon Prime?

I think there’s so much general entertainment and so much scripted programming out there, but there’s no one-stop shopping for pure factual programming. So we take great pains to not be anything that we’re not, and with the growth that we’ve had over the past two years we really see a way to take CuriosityStream to hundreds of millions of subscribers around the globe.

How much growth has CuriosityStream experienced over the past year?

How do you see the platform evolving in 2020?

In regard to the streaming wars, we see that Netflix has escape velocity and will continue to grow. We think that they are going to have over the next decade over 400 million subscribers. Disney, with all of the advantages that they have, will have 200 million to 300 million subscribers over the next eight to 10 years. Peacock’s presentation was pretty fantastic -- obviously they have a lot of inherent promotional advantages and will do well. I don’t think it's completely a zero-sum game as it relates to this…all of those services will do well. We think CuriosityStream has the opportunity to capture a significant percentage of the pay cable, wireless and direct market. We see a real path to hundreds of millions of homes over the next five to seven years.

Your background is in the traditional linear cable business. Do you see that segment surviving the continued loss of subscribers to the streaming platform?

Outside the US, pay TV continues to grow about two to three percent. Interestingly enough they don’t have retransmission consent like we have in the US, and they don’t have as much of their money tied up in sports rights, so there’s considerable opportunity for a pure factual service like CuriosityStream to grow outside the US. At the same time we believe that there’s growth beyond what we have today in the US. Altice did a groundbreaking deal recently where they made CuriosityStream available to all of their customers, so we’re in the business of trying to make it as friction-free as possible to subscribe to CuriosityStream.