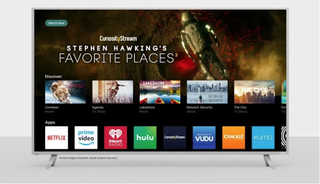 CuriosityStream, the SVOD service focused on nature and science documentary films started by Discovery founder John Hendricks, announced this week that it now has 13 million users.

CuriosityStream attributes the growth to a partnership with Luxembourg-based telecom Millicom, which has expanded global distribution of the streaming platform into nine additional countries.

It also has to do with stepped up advertising for the service, which launched nearly five years ago and includes nearly 2,400 original documentaries, as well as many exclusive to the platform.

CuriosityStream is currently running TV and digital ads featuring originals such as Ant Mountain and Light on Earth.

“Consumers are demanding the largest, most comprehensive bundles of streaming content at the most affordable prices,” said Clint Stinchcomb, president and CEO of CuriosityStream, in a statement. “We are pleased that we consistently deliver the world’s best and most complete menu of on-demand factual content that spans all of the valuable factual genres and individual niches including nature, science, history, people, cuisine, travel and learning.”