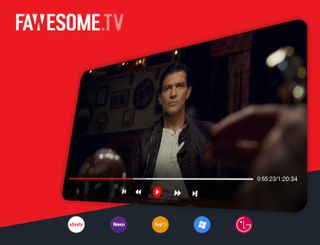 Future Today, an ad-supported VOD platform, confirmed that its agreement to be acquired by Cinedigm for $60 million has been terminated.

In the last few months, several ad-supported over-the-top streamers have been acquired, and Future Today touted its independence and its growth. It also said it has entered into a content-licensing agreement with Cinedigm.

Future Today said that in February, its number of users was up 60% from a year ago and streaming hours were up 70%. The company recently announced that Comcast’s Xfinity and smart TV set maker LG had agreed to distribute its HappyKids, FilmRise, Fawesome and ifood.tv channels.

“The acquisition of streaming services by the big studios, which are focused on harnessing those assets to launch their brands, has made us a better fit and partner for large OEMs and entertainment companies looking for an entity to activate and monetize their video content,” said Vikrant Mathur, co-founder of  Future Today. “An OEM seeking to launch 50 or even 100 channels on short order could do that quickly by using our assets, which are also already proven to attract audiences.”

Formed in 2006, Future Today maintains a cloud-based technology platform that manages OTT services for about 350 content owners, producers, distributors and media companies. It also manages a library of more than 200,000 film, television and digital content assets.