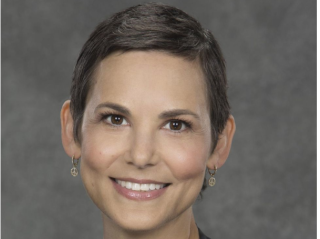 Julie McNamara has been elevated to EVP and head of programming for CBS All Access, the company said. McNamara, who had been EVP of original content at the streaming service, will see her role grow to oversee the overall programming strategy for the outlet. That includes current and future original series, acquisitions and bringing in content from other ViacomCBS studios and networks, the company said. McNamara reports to CBS All Access CEO Marc DeBevoise and CBS chief creative officer David Nevins.

As part of McNamara’s team, Grossman will lead content strategy and operations for the streaming service, again according to the company. Working with both internal ViacomCBS brands and external studios, he will manage the flow of content onto the service and acquire and develop content for the platform. He also will continue to lead the CBS Entertainment Digital Content Strategy team, with an expanded role overseeing social and editorial content for CBS Network Primetime, Daytime and Late Night, the company said.

--Sarah Jeon has been upped to EVP, business development and strategic partnerships for ViacomCBS Digital. All three will continue to report to DeBevoise.

Gelick, will continue to lead product, engineering, video and design for CBS All Access and his new role will expand his responsibilities to include other ViacomCBS Digital direct-to-consumer Entertainment experiences, sites and apps.