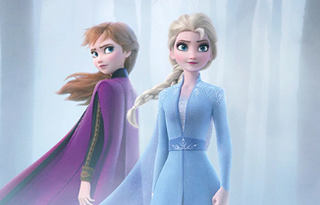 The Walt Disney Co. said Friday it will add its hit animated film Frozen 2 to the lineup of its streaming service Disney+ in the U.S. on March 15, three months earlier than planned.

The move comes as families and kids are increasingly homebound in efforts to contain the Coronavirus.

“‘Frozen 2’ has captivated audiences around the world through its powerful themes of perseverance and the importance of family, messages that are incredibly relevant during this time, and we are pleased to be able to share this heartwarming story early with our Disney+ subscribers to enjoy at home on any device,” said Disney CEO Bob Chapek.

The film will be made available to International subscribers starting in Canada the Netherlands, Australia and New Zealand on March 17.

Frozen 2 picks up the story of Queen Elsa and her sister Anna from the original animated blockbuster Frozen.

Disney+ will initially stream Frozen 2 in high definition. An Ultra HD version will be available March 17