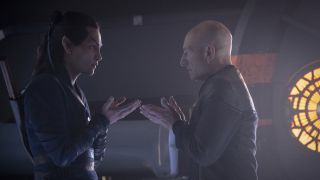 ViacomCBS said that its streaming service had a record number of signups for a month in January, getting a boost from the premiere of Star Trek: Picard plus promotion during the CBS broadcast of the Grammy Awards.

CBS All Access’ previous record for signups came last February when CBS broadcast the Super Bowl. The week of Super Bowl LIII was the best week ever for CBS All Access in terms of signup. Last week was second best, the company said.

“We’ve seen tremendous continued growth in the service, and the new records we’ve experienced due to Star Trek: Picard, the Grammy’s and a fantastic season of football are a phenomenal way to kick off what will be a fantastic year for CBS All Access,” said Marc DeBevoise, chief digital officer, ViacomCBS, and president and CEO, CBS Interactive. “CBS All Access continues to build upon its great mix of programming — from original series, to sports and special events — and we’ve strategically programmed 2020 to bring subscribers an ‘always on’ calendar of must-watch series and events.”