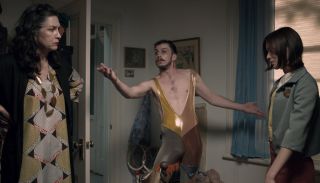 Quietly launched by First Look Media in the fourth quarter, new subscription SVOD platform Topic on Thursday began streaming in the U.S. and Canada a six-episode series about a family reunited over the sale of their family home.

F*%#ing Adelaide, created by Sophie Hyde (Animals), is a dark comedy whose basic theme is that there's no place like home for being F'd and uplifted at the same time. It was commissioned in 2017 by the Australia Broadcasting Corp. and Screen Australia.

Topic is ad-free and available for $4.99 per month for an annual subscription or $5.99 monthly. It is available on Roku, Amazon Fire TV and Apple TV, as well as iOS and Android mobile devices.