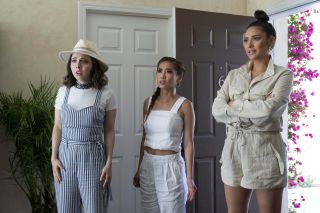 Hulu also announced it has renewed original series, Dollface and Wu-Tang: An American Saga, for sophomore campaigns, according to Erwich.

“We want to give the consumer as much flexibility, choice and control as we can offer them, he said. "That’s where we think we’re winning.”

In other Hulu TCA news, the service will debut its Hillary Clinton documentary Hillary on March 6 and its new comedy series The Great on May 15.