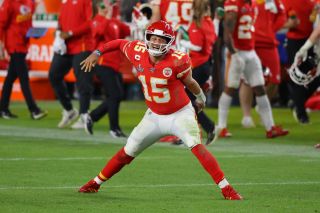 Update: This story has been updated to include Adobe Analytics numbers provided by Fox Sports.

The figures, based on data provided by Adobe Analytics and other sources, soundly beat CBS’s 2.6 million figure from last year, by  31%. A Fox Sports spokesperson said the measurement methodologies were dictated by the NFL and are exactly the same.

Fox said the multi-platform streaming total included audiences on its websites and apps, including Fox Sports, Fox Deportes and Fox Now, as well as the NFL’s online and mobile platforms, and the Verizon mobile network.

The figures do not include streaming on virtual pay TV services like Sling TV, YouTube  TV, Hulu Live TV and fuboTV.

Indeed, in these still inexplicably primordial days of multi-platform audience measurement, it remains what you measure … and how you measure it.  And it can get confusing.

On Monday, Fox released total audience figures indicating that viewership for the game, matching the Kansas City Chiefs against the San Francisco 49ers, was 102 million viewers, with the Spanish-language simulcast on Fox Deportes, and live-streaming on the Fox and NFL apps, as well as the Verizon mobile platform, included.

Fox said the linear feed averaged 99.9 million viewers, and estimates for the Fox Deportes simulcast came in at around 757,000 viewers. Doing the math, some outlets, including this one and Awful Announcing, did some math and came up with a streaming audience of under 1.4 million viewers.

The correct number for the digital audience is 3.4 million, a Fox rep told us.