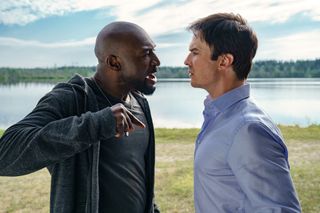 Video streaming service Netflix is the top choice for viewers when it comes to  offering appealing content, according to a new Horowitz Research study.

Viewers over the age of 18 participating in Horowitz’s Focus TV & Video Content 2019 report say that Netflix’s original and non-original programming rank above the broadcast networks and premium cable services HBO and Showtime in doing a good job of offering content that appeals to them. Netflix especially resonates with younger viewers: more than 70% of viewers 18-34 choosing Netflix originals as the most appealing content to them, according to the report

Netflix is also perceived high among African-American, Hispanic and Asian-American viewers in offering content that appeals to those groups, while white viewers chose Netflix fourth behind broadcast networks Fox, ABC and CBS in overall content appeal, according to the report.

Netflix has also built up strong brand equity among viewers. More than 60% of viewers reported that they feel they know Netflix "as a close friend" or "someone I am friendly with," mainly due to its mix of original content and syndicated content. For Hispanics and African-American viewers, those numbers jump to 79% and 70% respectively, due to the service’s strong offering of content geared toward those audiences, according to the researcher.

Horowitz says that those numbers may shift as new video streaming entrants like HBO Max and Peacock come into the marketplace, and Netflix’s distribution deals for shows like The Office and Friends expire.