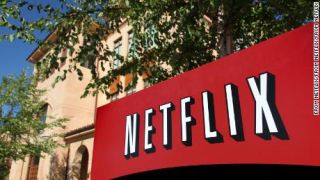 It's widely understood that Netflix's subscription streaming platform has evolved from a OTT destination packed mostly with licensed movies from the major studios, into one with a much smaller, more refined content mix, far more influenced by original content and TV series.

Reelgood, a San Francisco startup focused on helping consumers navigate the complexities of OTT distribution, has been building out its industry research and data capabilities recently. And the company shared some interesting data sets detailing the evolution of the Netflix content makeup over the last decade.

First comes an obvious one: The company rightly anticipated nearly a decade back that the major studios would eventually cut off their content pipelines and start building their own means of streaming production.

Also notable has been the decline of movies, specifically licensed titles, in the Netflix content mix. Reelgood counted 6,755 licensed movie titles in 2010. This year, there will be only 3,732 movies available on the platform, according to Reelgood, and 525 of them will be originals.

Corresponding with the decline in movie titles on Netflix has been an increase in licensed and original TV shows. There were only 530 TV titles available on Netflix in 2010. There are nearly four times that in 2020 (Reelgood counts 2,110), with 576 being original series.