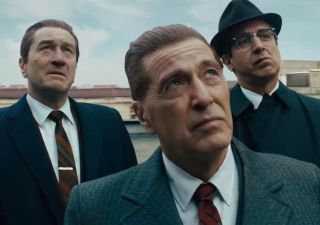 Martin Scorsese’s latest gangster film, The Irishman, was watched by 17.1 million unique viewers in the U.S. during its first five days on Netflix, according to figures released by Nielsen.

The performance ranks behind Sandra Bullock horror film Bird Box, which was seen by 26 million U.S. viewers over its first seven days when it debuted on the No. 1 U.S. streaming platform almost a year ago.

For its part, however, The Irishman arrived with a cumbersome runtime of three hours and 29 minutes. The film, which debuted on Netflix Nov. 27, also had a previous limited theatrical run.

So the question remains, is 17.1 million U.S. viewers in five days a good performance for a Scorsese movie that stars Robert DeNiro, Al Pacino and Joe Pesci, and scored a 97% “fresh” rating on Rotten Tomatoes?

It’s still difficult to say, given the lack of apples-to-apples comparisons, as well as a diffuse Netflix business model that monetizes shows based on their ability to maintain and build a subscriber base across the globe.

But a year after Nielsen began delivering some insight into Netflix viewership, we are able to draw some conclusions.

On its first day, Nov. 27, The Irishman was seen by 751,000 U.S. viewers, or about 18% of the total Netflix audience. This matched Bird Box (also 18%) and exceeded Vince Gilligan’s latest Breaking Bad installment, El Camino, which captured 11% of the Netflix audience when it debuted back in October.

One thing’s for sure, The Irishman—which stars DeNiro as mob man Frank Sheeran and Pesci as union boss Jimmy Hoffa—skewed older and male. About 15% of the audience was men 50-64.