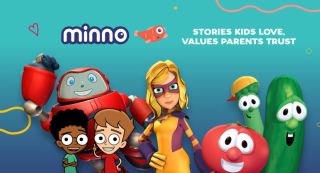 Nashville-based Minno rolled out its digital subscription service last month with what it was billing as the world's largest collection of VeggieTales, the popular kids video series, and other curated kids content, all as part of an online effort to target Christian parents concerned with content on other platforms. New titles are being added weekly, the company says.

The ad-free service costs $6.99 per month or $69.99 per year and is available on iOS, Android, Roku, tvOS and over the Web. There is also a seven-day free trial.

Goss said in an online video outlining his mission that he wants to give Christian parents resources to help understand how to parent in a culture steeped in media and technology. Goss was prompted in part by a Parents TV Council finding that less than 1% of Netflix content had a G rating.

Goss is the former senior manager of marketing, magazines, and books at Amazon, as well as a former Navy helicopter pilot and Pentagon spokesman.