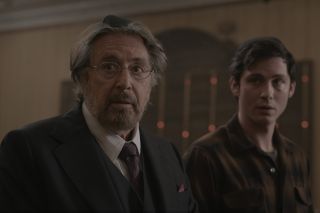 Jewish groups including Auschwitz Memorial and the Holocaust Educational Trust have said the new Amazon Prime Video series Hunters risks "fueling Holocaust denial" and is "an act of dangerous foolishness."

Hunters is a period drama themed around  a group of Nazi hunters in 1970.

Series producer David Weil defended the show, telling BBC, "It was not a documentary and never purported to be." Weil's grandmother was a Holocaust survivor.

Weil also said he decided to "fictionalize events because he did not want to misrepresent the suffering of real people."

The scene receiving the most criticism is the portrayal of the inmates at Auschwitz playing a gruesome game of human chess. About 1.1 million people were murdered at Auschwitz, according to auschwitz.org.