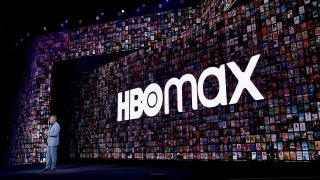 Updated on 3/20/20: Despite the global disruption caused by the COVID-19 pandemic, AT&T said HBO Max will launch in late May as planned.

After paying $85 billion to acquire Time Warner Inc., and rebranding the film and TV assets WarnerMedia, AT&T and its new division are set to launch their big entry into the streaming wars, HBO Max, this May.

"This is not Netflix. This is not Disney. This is HBO Max, and it’s going to have a very unique position in the marketplace," promised AT&T CEO Randall Stephenson on a January earnings call. Indeed, HBO Max will have 10,000 hours worth of proprietary programming at launch, according to AT&T.

HBO Max is a big bet that will likely have drastic implications for AT&T, depending on its success of failure

HBO Max subscribers can expect new shows such as the Game of Thrones prequel House of the Dragon, forthcoming episodes of HBO hits like Watchmen and fan favorites from Warner’s movie and TV arms, such as Big Bang Theory and Friends, the latter of which it poached from from Netflix, paying $425 million for a five-year run.

HBO Max will encompass all of HBO’s programming, plus exclusive “Max Originals.” While that last may seem like just another value add, it’s not. It could be the real prize.

WarnerMedia has already reoriented its programming resources from its cable networks to the online video offering. An analysis published earlier in February by Ampere Analytics found that while new streaming shows accounted for just 7% of WarnerMedia's original commissions in Q4 of 2018, streaming commissions represented 73 percent of WarnerMedia’s new TV projects by Q4 of 2019.

“This is the clearest sign yet that the home of the juggernaut Game of Thrones (that’s HBO) will in the future play second fiddle to HBO Max,” said Fred Black of Ampere Analysis. And it’s not just the number of commissions, says Black, but also “the types of content being commissioned.”

“Everything,” one veteran producer told The Hollywood Reporter, “is dictated by the needs of HBO Max.”

Still, stresses Robert Greenblatt, the onetime NBC chief who is now chairman of WarnerMedia Entertainment, HBO’s traditional ethos will serve as inspiration: “HBO’s world-class programming leads the way, the quality of which will be the guiding principle for our new array of Max Originals.”

For consumers, HBO Max costs $14.99 a month. Not-so-coincidentally, that’s the same price as the company’s current streaming service, HBO Now, which boasted 9 million subscribers as of last fall. Those subscribers will have the option to upgrade to HBO Max for no additional fee.

Here’s the catch: Only subscribers “who are billed directly through HBO” (i.e. those who signed up at hbonow.com) will get the option of switching to HBO Now. If your current subscription is billed through a third-party provider, such as AppleTV or Roku, the HBO Max homepage offers only a cryptic “stay tuned.”

And what about subscribers who access HBO through a cable or TV provider? Ditto. “Stay tuned.”

Unless, of course, you’re with the mothership. Customers of AT&T services such as the new premium streaming pay TV platform, AT&T TV, U-Verse TV and premium AT&T mobile and broadband services will receive access to HBO Max at no extra charge.

Speaking of charges, AT&T paid $50 billion for DirecTV in 2015. It appears to have gotten very little out of the acquisition even though, like HBO Max, AT&T CEO Randall Stephenson made the satellite TV company central to his video strategy.

“Unfortunately, it has become clear that AT&T acquired DirecTV at the absolute peak of the linear TV market,” said activist investor group Elliott Management last September. According to The Hollywood Reporter, DirecTV was worth $40 billion in 2019. That’s a $10 billion drop in just four years.

Notably, just over three years ago, AT&T penned its OTT hopes around a service branded around the satellite TV operator, virtual MVPD DirecTV Now (which is now the fading AT&T TV Now). Fueled by promotional discounts, the service quickly grew to nearly 2 million users. That’s about the time AT&T realized there was very little money to be made in virtual pay TV services and pulled back from the initiative.

Will HBO Max be any different?

“HBO Max will be a game changer for our customers,” promised John Stankey, CEO of WarnerMedia. "HBO Max will be the highest-quality SVOD [service] in the market."

As head of WarnerMedia, HBO Max is Stankey’s baby. It’s also become apparent that, in addition to shepherding AT&T’s most important initiative, he may soon be leading the entire company.

Last fall, Stankey added duties as AT&T’s president and COO to his WarnerMedia portfolio, making him Stephenson’s heir apparent. While Stephenson hasn’t signaled plans to step down, Stankey’s promotion sends a clear signal to investors that he is next in line.

Before then, however, Stankey has to make HBO Max a winner. Failure would have drastic implications for AT&T.

According to the Washington Post, AT&T didn’t just pay $85 billion for the Warner’s assets, it also assumed $23 billion in Warner’s debt. That comes out to, let’s say, $105 billion, more than twice as much as the DirecTV deal.

One of Elliott Management’s chief concerns is the mounting debt from this recent $200 billion acquisition spree.

Then again, those subscribers fleeing DirecTV are flocking to streaming services, which makes HBO Max — and by extension the WarnerMedia deal — very important to AT&T’s future. A successful HBO Max could have a profound halo effect on the mothership’s legacy cell phone and internet service businesses.

'We’ve got this HBO Max quality product and AT&T TV quality product to bundle with our wireless,” said AT&T CFO John Stephens in January. “I kind of look at my competitors in the wireless side and see one of them bundling Netflix, and you see another one bundling Disney and I get that… When I think about it, I actually smile because it reinforces our thought processes on HBO Max. The difference is, is I have owners’ economics, and I have the umbrella of ownership of both.”

Stephenson recently pledged the company would be laser focused on such synergies, promising not to make any major deals in the next few years. He also predicted that, “over the next four or five years,” HBO Max would become “a 50 million subscriber business.”