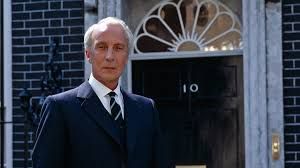 BBC Studios shows being added to CW Seed in late January and February include James Corden’s Gavin & Stacey; The Fades, starring Daniel Kaluuya (Get Out); and the original BBC version of the Netflix hit House of Cards.

The announcement was made today by Rick Haskins, Executive VP of marketing and digital platforms for The CW.

CW Seed launched in 2013 as a an ad-supported, video-on-demand (AVOD) platform.