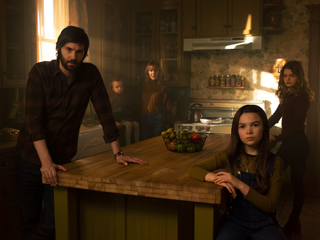 Apple TV Plus has released the latest video trailer for its drama series Home Before Dark, which debuts April 3.

The series follows a young girl who moves from the city of Brooklyn to the small lakeside town her father left behind. While there, her dogged pursuit of the truth leads her to unearth a cold case that everyone in town, including her own father, tried hard to bury, according to Apple TV Plus.