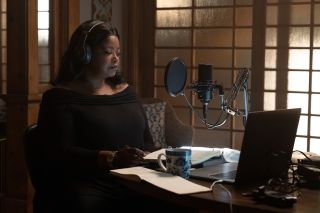 Truth Be Told, starring Octavia Spencer, has been renewed for a second season by Apple TV+.

The series follows Poppy Parnell (Spencer) who runs a true-crime podcast. Season one saw Poppy come "face to face with the man she may have mistakenly put behind bars." Season two will revolve around a new case. The amount of episodes was not disclosed.

“Working with Octavia Spencer has been a dream come true for me. I am honored to continue to build the character of Poppy Parnell with her and my partners at Hello Sunshine and Chernin Entertainment,” said Nichelle Tramble Spellman, showrunner, writer and executive producer. “Apple continues to show their tremendous support for us and the show. I am thrilled to dive back into exploring our national obsession with true crime and how it plays out with our rich canvas of compelling characters.”

The first season of Truth Be Told is available for streaming on Apple TV+. The streaming service costs $4.99 a month and is available on the app for iPhone, iPod touch, Mac, Apple TV, Amazon Fire, Roku and select smart TVs.