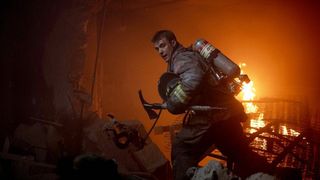 Access to the series on the free-to-consumer IMDb TV platform will serve as catchup viewing for the Universal Television show, which resumes its season eight campaign on NBC on Jan. 8.

News of the pickup was first reported by Variety, which also said that IMDb TV has acquired all five seasons of Universal TV’s Friday Night Lights.

In terms of movies, IMDb TV is touting semi-recent La La Land and Gravity among its December holiday rotation.