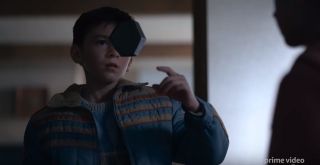 Amazon Prime Video has released its trailer for the new science fiction drama series Tales from the Loop.

Premiering April 3, the eight-episode show is based on the paintings of Swedish artist Simon Stålenhag, who was known for blending everyday landscape illustrations with surrealistic elements, often featuring futuristic technologies.