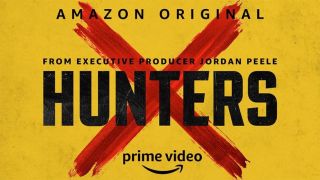 Amazon Prime Video provided a first-look video for its new original series Hunters, which will debut in 2020.

The series, executive produced by Academy Award-winner Jordan Peele and starring Academy Award-winner Al Pacino, follows a diverse band of Nazi hunters living in 1977 New York City who have discovered that hundreds of high-ranking Nazi officials are living among us and conspiring to create a Fourth Reich in the U.S., according to Amazon.