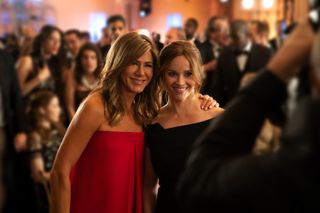 It’s hard to imagine things being more competitive in television, but the landscape gets more crowded still when a couple of richly funded streaming platforms debut in the coming days. Apple TV+, with a mix of original series, arrives Nov.1, and Disney+, with a rich array of Disney films, including Star Wars movies and Moana, premieres Nov. 12.

Broadcast and cable, already scrambling to hold onto shrinking Nielsen points, will have to work that much harder to retain their places in the television hierarchy. But some believe the new arrivals may have a bigger effect on the existing streaming products, including Netflix, Hulu and Amazon, as consumers put limits on how many subscription streaming networks they will pay for.

Disney+, at $6.99 per month, offers original series, including the new Star Wars show The Mandalorian, 30 seasons of The Simpsons, and movies from Disney, Marvel and Pixar.

A little further out are the premieres of HBO Max, NBCUniversal’s Peacock and Jeffrey Katzenberg’s Quibi, all slated for the spring of 2020. HBO Max will have season 51 of Sesame Street, the next two seasons of comedy Search Party and Amy Schumer documentary Expecting Amy. Peacock will have reboots of Battlestar Galactica and Saved by the Bell, and all nine seasons of The Office beginning in 2021.

Plenty of Places to Produce

It’s a good time to be a content producer. The scripted world had just shy of 500 series in 2018, according to FX Networks, with the number expected to rise in 2019.

“Every time they announce a new streaming platform, that’s an outlet that I can have a show on,” said David Friendly, executive producer of USA Network crime drama Queen of the South. “The more places we can hawk our wares, the better it is for us.”

Friendly mentioned a word he hears from the new streamers: Noisy, as in, we are searching for shows that will stand out from the hundreds of other series and draw subscribers.

Traditional TV has been doubling down on live programming, whether it’s NFL games, awards ceremonies or high-wire stunts from Nik Wallenda, as a way to stand out from the streamers. Some believe the existing streaming platforms will be more affected by the new arrivals than the traditional players like CBS, Fox and Showtime. A study from Frank N. Magid Associates found that consumers are willing to pay for four streaming services, down from a half dozen last year. They are willing to pay more —averaging $42 per month, up from $36 in 2018.

“I think there’s going to be a shakeout among streaming services,” said Beckman, “as much as the new platforms represent a threat to other forms of viewing.”

Even as ratings on broadcast and cable shrink amidst the increased competition, those entities provide big-draw series to the streaming players. Friends is, of course, enjoying hit status on Netflix; it will move to HBO Max. Queen of the South goes to Netflix after it runs on USA. “I can’t tell you how many people say, I love your Netflix show,” Friendly said.

Time will tell which new streaming networks consumers feel they absolutely must have, and what that might mean for the ones they are currently paying for. Those decisions won’t likely won’t happen in the near term, especially with a network airing new programs that viewers will need time to get familiar with.

Carroll said broadcast looks to be on solid footing, thanks to its free price and supplemental digital channels. Cable, he added, looks more vulnerable as people increasingly cut the cord with more content players in the game.

“It’s impossible to know who the big winners and losers will be,” Carroll said. “But it seems to me, broadcast is a stable part of viewers’ options.”