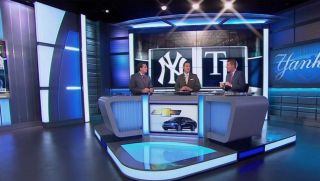 YES Network said it is no longer on YouTube TV, which might signal a breakdown in talks between Sinclair Broadcast Group, which acquired a group of regional sports networks and one of the largest virtual multichannel video programming distributors.

Last week, YouTube said it would drop the 21 Sinclair RSNs and YES, but at the last minute said they would continue to appear under an extension as negotiations continued.

But Wednesday night, YES issued a statement that YouTube TV was no longer carrying the network, which was acquired from The Walt Disney Co. by a group that included the Yankees, Sinclair and Amazon.

“YouTube TV, for its own selfish reasons and with total disregard for its YES customers, has refused to pay the market rate and accept market terms and conditions that other YES distributors have agreed to. In fact, YouTube TV sought a rate that was well below what other YES distributors are paying, and because YES keeps its word to all of its distributors, it could not make the deal. When YouTube TV realized it could not get a sweetheart, below-market deal, it dropped the YES Network,” YES said in a statement.

YES earlier this week announced that some Yankee games would be streamed on Amazon Prime Video. Those games would also be broadcast on WPIX-TV in New York.

But it appeared that some of Sinclair’s other RSNs were dark on YouTube TV, but not all of them.

“Sinclair, for its own reasons, elected to make a deal for some but not all of its programming services which excluded large-market RSNs featuring iconic franchises and star players. The New York Yankees have made it clear to Major League Baseball and YouTube TV that the Yankees will not appear on any national games televised by YouTube TV through its national telecast agreement with Major League Baseball,” YES said. “We urge all of our fans to go to YESNetwork.com to see the list of other streaming services and other distributors that carry the YES Network. With YouTube TV no longer carrying YES, it appears as though YouTube TV customers will pay the same while getting less.”

Spokespeople for YouTube and Sinclair did not respond to requests for information.