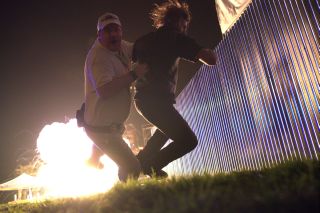 The anthology series, which follows the manhunt for the perpetrator of the 1996 terrorist attack at the summer Olympics in Atlanta, will debut Feb. 3.

Spectrum will roll out all 10 episodes ad-free on the company's On Demand platform.

Manhunt comes from Lionsgate and Spectrum for Spectrum Originals. Andrew Sodroski create and wrote the series. He also serves as executive producer with John Goldwyn and Michael Dinner, who also directs.

Take a look at the Manhunt's official trailer below.