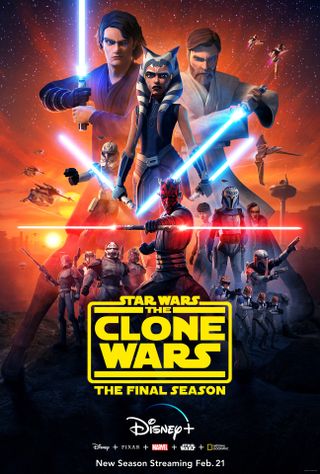 Disney+ will stream the seventh and final season of the animated series Star Wars: The Clone Wars beginning Feb. 21.

An additional 12 episodes of the Star Wars spinoff series -- which last aired on Netflix in 2014 -- will continue the storylines introduced in the original series, exploring the events leading up to Star Wars: Revenge of the Sith, according to the streaming service.