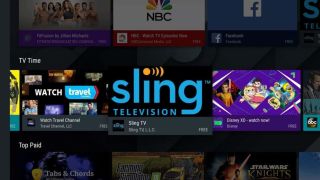 “As Playstation Vue customers search for their new live streaming home this week, I wanted to share a few new customer offers,” read an email sent this afternoon by a Sling TV press rep.

> A free OTA antenna ($44.95 value) with a prepaid subscription for two month

> A free AirTV Mini ($79.99 value) with a prepaid subscription for two months

> An AirTV Mini, AirTV 2 and OTA antenna for only $99 ($225 value) with a prepaid subscription for three months

Also worth mentioning: We had forgotten that the Dish Network purchased the Blockbuster Video brand back in 2011 but were reminded when, in the same press release, Sling TV used the brand to promote a new feature called “Flashback Friday.”

Each Friday, new customers will have access to a curated library title. The lineup includes the following: