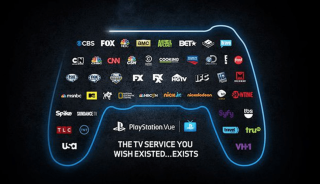 Updated: This story was originally posted in December. We've made minor updates and resurfaced it to coincide the the official end of the Sony PlayStation Vue service on January 30.

Since Sony first announced that it will shutter its five-year-old PlayStation Vue service at the end of January, the general reaction from the media-tech world has been a shrug.

The rising costs of program licensing has rendered the business model for so-called virtual MVPDs like PlayStation Vue moot. In Vue’s case, further raising the price of its $50 base tier—a necessary move to sustain any level of profitability—meant encroaching into a dicey pricing proposition where there was little incentive for consumers to give up their full linear pay TV bundle.

Certainly, in a business in which rivals Hulu Live TV, Sling TV, YouTube TV, AT&T TV Now,  fuboTV and Philo are all live-streaming varying iterations of skinny linear network bundles at razor-thin profit margins, it wasn’t a matter of if a vMVPD—or two!—would go, but when.

That the first to go was PlayStation Vue—which was labeled as “DOA” by a Diffusion Group analyst after the service rolled out in March 2015 without ESPN—wasn’t a surprise.

“Unfortunately, the highly competitive pay TV industry, with expensive content and network deals, has been slower to change than we expected,” blogged John Kodera, deputy president of Sony Interactive Entertainment, in an October statement announcing the pending closure of PlayStation Vue. “Because of this, we have decided to remain focused on our core gaming business.”

With the announcement coming about six months after Sony divested from Crackle, Vue’s shuttering was also seen as yet another awkward retrenchment by Sony from a digital venture. But Sony’s five-year Vue gambit can be, er, viewed from another perspective: as a noble, ambitious, somewhat quixotic media venture, with the Japanese media-tech conglomerate deemed successful merely for having tried in the first place.

These days, vMVPDs are generally considered part of the old linear universe. The launches—and pending launches—of Disney+, Apple TV+, HBO Max and Peacock have officially ushered in the age of disaggregation of video services into on-demand, streaming platforms, delivered directly to consumers by media companies. In terms of any re-aggregation and bundling, it’s the Amazon Channels model that’s seen as the future.

Going back five years, to that moment when Sony gestated PlayStation Vue, feels like five decades ago in OTT time. But back then, the live streaming of traditional, linear broadcast and cable networks was viewed as the revolution. Back in 2014, the Wall Street Journal had a string of anonymously sourced reports about Apple working on an ambitious plan to rope in hundreds—nay, thousands—of local broadcast affiliates. Not only would you be able to watch ESPN, TNT and Comedy Central on your iPhone, but you’d get your local ABC, CBS, FOX and NBC station, too.

Apple was going to make good on the vision of its late founder, Steve Jobs, to “solve the problem” of TV. And that vision was, essentially, a robust version of the vMVPD as we’ve come to know it.

But it was Sony that actually made good on the promise.

Launching at CES in January 2015, Dish Network was actually the first vMVPD in the market, bundling a handful of major cable networks in a live-streamed service full of technical glitches, all for $20 a month.

Sony slowly rolled out Vue, meanwhile, with a robust base-tier package, priced at $50 a month for 85 channels, usually unfurling into new markets only when it could deliver the local broadcast networks. Eventually, Sony came to terms with The Walt Disney Company, adding ESPN, and it began to amass a very linear-pay-TV-like collection of regional sports networks. Its distribution extended far beyond the PlayStation 4 video console to every major OTT and mobile platform. PS Vue even offered a cloud DVR.

It was the full pay TV experience, signed up for without a contract or truck roll, positioned to be cancelled at any time the consumer chose. But starting with the arrival of AT&T’s erstwhile DirecTV Now back in November 2016, which was priced at only $35 a month, the market changed fast.

Among the major OTT services, PlayStation Vue routinely ranked high in customer satisfaction, its technology underpinned by Disney’s acclaimed BAMTech. But Sony was never very forthcoming about how many customers Vue had (eMarketer pegs Vue at around 800,000 users). The platform’s traction in the marketplace—light in humble beginnings that included little in the way of national promotion—never seemed to improve as a flurry of new competitors like Hulu, YouTube and AT&T/DirecTV entered the vMVPD scene.

Indeed, whenever a high-ranking Sony executive would address the topic of PlayStation Vue, words were carefully parsed to see how committed the conglomerate remained to the service. Kodera told Sony investors as recently as May of last year that Vue was still a vital part of Sony’s plan to emphasize subscription services that could play on its installed base of PlayStation 4 consoles.

In the end, though, Sony was never able to develop an edge for Vue with advanced advertising—an attribute that has kept Sling TV, Hulu Live TV and YouTube TV’s backers in the game.

“Advertisers are eager to tap into the small slice of video ad inventory that operators get as part of most carriage agreements," wrote Seth Shafer, a research analyst with Kagan, a media market research group within S&P Global Market. "Sony largely lacked that same component, so it may have been more challenging for the company to monetize its video ad inventory through Vue."