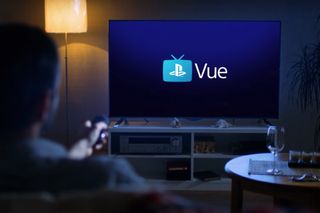 An executive at another streaming company, who asked not to be identified because he is under non-disclosure agreement with Sony, said he had recent talks with the company about transitioning over a user base that still has around 500,000 consumers. The executive, who spoke to MCN at Parks Associates “Future of Video” conference Tuesday, said Sony is also talking about offloading intellectual property and technology assets related to Vue.

The audience base is said is not eroding quickly, despite Sony’s announcement in late-October that it will shutter PlayStation Vue on Jan. 20. The source said Sony’s decision to offer Vue’s last month of service free—in addition to an audience generally satisfied with Vue’s experience—has left the customer base “largely intact.”

The meetings, the source said, are being led by Dwayne Benefield, VP and general manager of PlayStation Vue. And Sony wants to have an agreement in place by the end of this week.

The source said Sony is keenly interested in transitioning PlayStation Vue's personnel. "In Japan, you take care of your family, and I think that's what they want to do here," the source said. "Plan A is to sell it as a lump, but I don't think anyone wants it as a lump."

Next TV’s email to a Sony rep for comment has not been responded to as of yet.

It was widely reported that prior to that announcement, Sony was shopping Vue, either for sale whole or piecemeal. It’s unclear as to how Sony would transition Vue’s user base.

Executives at rival streaming operations say PlayStation Vue delivered one of the better overall streaming experiences in the OTT business. However, despite a robust price point, the platform’s expenses run high.

Not only does Sony pay a premium to purchase Vue’s live streaming technology from Disney’s BAMTech, its staffing numbers run high, the rival executive source told Next TV. “We do what they do with less than a third of the staff,” he said.

According to the source, Sony spent aggressively on marketing and promotion early on to launch PlayStation Vue. It put itself further in the hole, keeping the more robust service's price point artificially low to compete with Dish's Sling TV, which was first into the market with a much skinnier program offering.

"If they hadn't done that, they'd still be in business," the source said. "It's a sticky service. It probably has the lowest churn in the video industry."