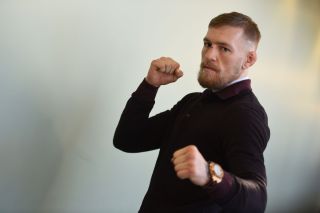 Combat sports fans will  be treated to two high-profile pay-per-view events to kick off the New Year.

ESPN+ on Saturday (Jan. 18) will distribute the return of popular UFC fighter Conor McGregor to the octagon in a main event match against Donald “Cowboy” Cerrone. The fight, which will retail at $64.99 -- up from $59.99 the UFC charged for its PPV events in the first year of its exclusive PPV distribution deal with ESPN+ -- will be McGregor’s first appearance since October 2018 when he lost to Khabib Nurmagomedov.

The fight is expected to generate major buys for ESPN given the past PPV success of  McGregor. His fight with Khabib drew a reported UFC record 2.4 million buys, and he nearly set an all-time PPV buy record in 2017 when his boxing match with Floyd Mayweather generated 4.3 million PPV buys.

In February the PPV category steps into the squared ring for the Deontay Wilder-Tyson Fury heavyweight boxing championship rematch. The Feb. 22 bout is arguably the most anticipated PPV heavyweight boxing event in decades, and the combined ESPN and Fox Sports promotional machines will make sure that both hard core boxing fans and causal sports fans are aware of the first major PPV boxing event of the year.

Both ESPN and Fox Sports have individually stated their intention of delivering several PPV boxing events throughout the year. Add ESPN’s monthly UFC PPV events into the mix, and the PPV combat sports category should generate some knockout business in 2020.