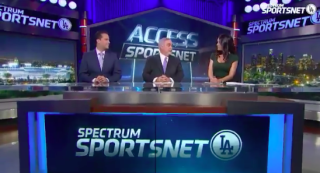 Sometime this year, AT&T will launch HBO Max, Comcast will launch Peacock, ViacomCBS will launch a Flixed-up version of CBS All Access and Discovery will roll out its own OTT app too. They will join Netflix, Amazon, Hulu, Apple TV Plus and Disney Plus in what we’ve been calling the “Flixcopalypse” an event that will give the American viewer nine multibillion dollar subscription streaming services with something like $20 billion of original programming between them.

What happens to the traditional pay TV industry once that happens? And is there even a place for it in this new world?

It’s a question we get asked a lot, one for which there is no easy response.

The best anyone can do is identify key segments to watch, on the assumption that what happens there will provide insight into the ultimate outcome.

Which is why we are keeping a close eye on the fate of televised sports, regional sports networks (RSNs), in particular, which are frequently cited as the main reason people continue to subscribe to pay TV.

They remain the great unknown. Here’s why:

We can safely assume that about a year or two into the Flixcopalypse, a sizable number of consumers will start to realize that the vast majority of what they are watching is on one of the Flixes, and will thus begin to question why are they paying upwards of $70/month for MVPD or virtual MVPD (vMVPD) pay TV, given that they never watch it?

This questioning period will likely coincide with the expiration of all those free deals the various Flixes have on offer (Verizon mobile subs get a free year of Disney Plus, buy an Apple product, get a free year of Apple TV Plus), which will make the question of “How much am I actually paying for TV?” more pertinent.

This then brings up the next question the consumer will ask themselves: what do I actually give up if I get rid of pay TV and just go with the Flixes and FASTs (free ad-supported streaming services).

The answer to which will be: 24-hour news channels (unless HBO Max gives you a way to watch CNN live and Peacock gives you the same for MSNBC, both distinct possibilities), and live sports—or, more accurately, live regional sports, aka your favorite team.

If you’re a generic sports fan, this probably isn’t that big a deal—you can always subscribe to ESPN Plus. But if you’re a hardcore fan of a specific team, then it is a big deal.

You see, while a hardcore Boston Celtics fan may not have a lot of interest in a Lakers/Sixers game on ESPN (unless the outcome of that game somehow affects the Celtics), they do care about the outcome of every single Celtics game.

What’s not clear though is how important it will be for them to be able to actually watch every single Celtics game.

There’s a strong argument to be made that seasons that drag on for more than one hundred games are an anachronism in our always-on society, that no matter how committed to a team a fan may be, few people have the free time required to watch a three-hour game several times a week. And that there are now multiple ways to keep up with a game in real time that don’t involve watching it on TV.

On the other side of that argument, there’s the fact that the average monthly cost of an RSN is estimated to be around $26/month.

Which sounds rather steep until you consider that for many teams, a single not-very-good seat at one of their games goes for four times that amount.

And then there are all those people who pay thousands for season tickets and sky boxes and the like.

Now granted, being at the game and watching it at home are very different experiences, and many of those season ticket holders are businesses that see it as a great way to entertain clients. But still, someone is paying large amounts of money for those seats.

So maybe that $26/month isn’t so steep after all.

Which brings us to the next question: are there enough people willing to pay $26/month to make the rights deals worth it?

Many of those deals are long term and tied up with other numbers (like the close to $10 billion Sinclair paid for Fox Sports’ RSNs as fallout from the Disney deal). And so they have big numbers they need to hit to be profitable, and a small number of people who’ll pay $26/month will not make hitting those numbers feasible.

Then there’s the final piece, which is that the “big four”— baseball, basketball, football and hockey—aren’t nearly as popular with younger viewers as they are with older ones. And that younger fans are also more comfortable with getting scores and updates online and so probably don’t feel a pressing need to watch every single game on TV.

So a whole lot of “ifs” and “maybes” to mull over, but if I had to make a bet right now, it would be that I doubt a whole lot of people will stick to pay TV solely for the RSNs. And it would be foolish to assume that will save pay television.

If, however, the MVPDs and vMVPDs offered “super skinny bundles” consisting of nothing but broadcast networks for $10-$15/month, I’m thinking they’d have plenty of takers. (This is mostly because over the air reception in much of the U.S. is awful. We’re a big country, and getting broadcast channels via pay TV is often easier.)

And if they had an RSN available with that bundle as an extra feature for $26/month, they’d get some takers for that too, though not enough to cover the cost of the rights deals as they stand now. So teams and leagues would need to look for alternative revenue sources and accept diminished expectations.

RSNs had a good run and they made a lot of money for a lot of people. But they’re unlikely to be a major part of the future of TV as there are just too many other ways for fans to keep on top of games as they’re being played and no time to watch them all even if you were so inclined.

Sports leagues will still be able to make money selling access to their most ardent fans, but there are not enough of them to make a dent in what it likely to be a trend away from the current iteration of the pay TV package.