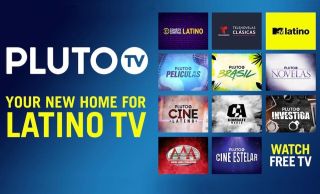 ViacomCBS announced that it will launch its streaming Pluto TV in Latin American at the end of March.

The service will start off with 24 free, ad-supported channels with content in Spanish and Portuguese. The channels will feature programming in genres including action, comedy, drama, horror, games, sports, music, kids & family, cooking, travel, mysteries, wildlife and reality. The include channels based on Viacom brands including MTV, and Nick Jr.

More channels are expected to launch, with the service reaching 80 by the end of the year. ViacomCBS said Pluto TV would also expand into Brazil by the end of 2020.

The announcement comes a year after Viacom, prior to merging with CBS Corp., purchased the ad-supported video-on-demand (AVOD) platform for $340 million. Pluto TV is already available in the UK and other parts of Europe.

“The launch of Pluto TV in Latin America enables our partners to offer their viewers a new value-added service, complementing their premium and linear offerings. I am confident that Pluto TV will quickly become an essential platform for partners and consumers across Latin America as it has been in the US and Europe,” said Pierluigi Gazzolo, president of studios and OTT for ViacomCBS Networks International.