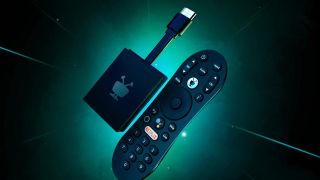 TiVo’s announcement at CES in early January that it is belatedly entering the at least somewhat established OTT device market was a surprise to some. But the company, pivoting away from its DVR-pioneering roots into the video streaming age, has an angle.

With its DVRs and video systems already well infiltrated into the Tier 2 and 3 cable markets going back more than a decade, TiVo, according to President and CEO Dave Shull, believes that there is a “tremendous opportunity” to also provide small and mid-size cable operators with its new Android TV-powered TiVo Stream 4K OTT device.

Speaking Thursday during TiVo’s fourth quarter earnings call, Shull called TiVo’s cable partners “the heart of our 21 million users.” Many of these operator clients are now looking to get out, or marginalize, the decreasingly profitable pay TV business, but they don’t want to jeopardize their core broadband offerings in the process. That’s why these cable companies are looking to set up their growing ranks of broadband-only customers with inexpensive OTT solutions.

“We will continue to approach these relationships as strategic growth partnerships, whether it's around accelerating the deployment of our IPTV solution for their video subscribers or giving them the best-in-the-world streaming solution with TiVo Stream,” Shull said. “We believe our product strategy has the potential to drive significant revenue for TiVo over the long term.”

TiVo is not alone in recognizing the potential of this cable operator market. Earlier this week, Amazon, which touts a global leading 40 million users for its Fire TV device ecosystem, announced that NCTC member operators will now be able to distribute its Fire TV OTT devices at discount to their customers.

"As more of our members deploy app-based pay-TV offerings, having the option to purchase Amazon Fire TV streaming devices at a discount will help our broadband and cable operator members retain video customers by creating affordable options that do not rely on a traditional set-top box. These devices are a great compliment to services like MobiTV or for broadband only offerings by our members," said Rich Fickle, president of NCTC, in a statement.

TiVo, however, has long established relationships with hundreds of U.S. and foreign operators, which use its software products, such as the Android TV-powered TiVo Experience 4, to form the foundation of their video user experience. When it announced the debut of the TiVo Stream 4K at CES, TiVo said it already had an agreement with cable operator Schurz Communications, which is marketing the device to its broadband-only subscribers.

Related: TiVo 'Needs to Get Over' Its DVR Past and Focus on Streaming, CEO Says

TiVo is making a pivot into the OTT market as it corporately merges with technology company Xperi, a maker of embedded technologies found in smart TVs, among other devices—another infiltration angle for TiVo Stream 4K.

Shull said before Thursday’s call that he’ll step down from TiVo’s top role when the merger closes, ceding to Xperi CEO Jon Kirchner. Until then, he’s spearheading TiVo’s effort to, in his words, “get away from its DVR roots” and join the streaming age.

With OTT entertainment choices containing to expand, he said there is “no Moore’s Law to consumer attention spans.”

Given this paradigm, TiVo’s development of search and discovery technology will also be a key benefit as it looks to pry open Roku and Amazon’s dominance of the OTT device market.