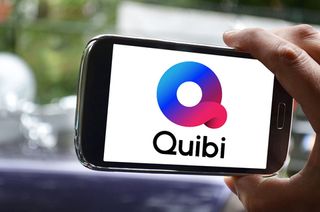 Quibi, the upcoming streaming service focused on mobile viewing, said its lineup will include a daily stand-up comedy show it calls Hot Off The Mic.

The series is being produced by Levity Live and taped live at comedy clubs around the country, starting with the Improv in Hollywood.

Episodes of Hot Off The Mic will be released five days a week and showcase established and emerging comedians and their takes on the latest headlines.

Executive producers of the show will be Stu Schreiberg, John Bravakis, Johnny Milord and Dicky Egan.

Levity Live has produced more than 400 long-form stand-up specials and series and owns and operators comedy clubs, including the Improve brand.

Quibi, launched by Jeff Katzenberg and Meg Whitman, has raised more than $1 billion to produce short form programming--Quibi stands for Quick Bites--that can be streamed by people on smart phones and other mobile gadgets.