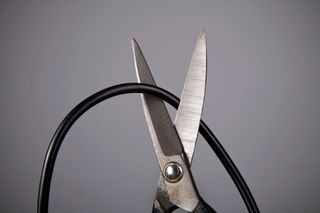 Charter Communications chairman and CEO Tom Rutledge said streaming video services aren’t as big a factor in the acceleration of cord cutting in the past few years, adding that password sharing and TV Everywhere are having a greater impact.

Rutledge has been a big opponent of password sharing in the past -- many of Charter’s recent carriage deals include pledges by programmers to help curb the practice. At the UBS Global TMT Conference in New York Monday, he reiterated that stance, adding that “TV Everywhere and its lack of security has been the bigger issue.”

According to MoffettNathanson principal and senior analyst Craig Moffett, the pay TV business lost about 3.8% of its subscribers in Q3, its largest losses yet and mainly driven by a loss of 1.1 million DirecTV satellite TV customers in the period. But as  programming costs continue to rise, consumers -- especially younger ones -- are turning toward over-the-top providers with smaller video packages and lower monthly charges.

But Rutledge warned that OTT offerings, many without broadcast channels and sports networks, could fall short for consumers as their entertainment needs change. And he added that although direct-to-consumer offerings like Apple TV Plus and Disney + are having an impact now, it may not last long.

“It does, it will it could,” Rutledge said of D2C’s impact on pay TV subscriber losses. “That hasn’t been the main driver to date. I think TV Everywhere and its lack of security has been the bigger issue.”

Rutledge said the lack of live sports and news in many of the D2C offerings are just some of the reasons he believes those products “aren't going to satisfy the full need for television consumers."

“When you add them all up, it’s a lot of money,” Rutledge said. “You get back to the same problem. The bundle is very expensive, but the disaggregated a la carte repackaged product is even more expensive.”

While Rutledge believes that video customer losses will slow down for cable operators -- Charter’s losses are around 2.3% of its base, more than a full percentage point below the industry average -- the importance of those losses on the overall business is also diminishing.

“I grew up selling TV, and I like to sell TV, but it isn’t really what our main business is,” Rutledge said, adding that video is just another part of cable’s overall connectivity offering.

“I look at video as a business that we want to be in,” Rutledge continued. “We’d like to do well in it because our consumers want that product and we want to make it efficient for them from a connection point of view. We want the best video service we can get for customers, so when they subscribe to a connectivity relationship they subscribe to us. But it isn’t the main be-all and end-all of the business. In fact it’s not the primary motivation. It’s kind of like what wireline was in the triple play 10 or 15 years ago. It was really designed to just enhance the value of the total relationship.”