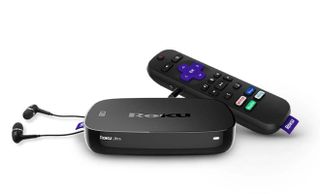 That’s the rather provocative charge being made by one of several unnamed media company executives in a Digiday story, published today, which attempts to put two recent pubic tiffs the technology company has had with media partners in context.

Over the weekend, Roku settled at the last minute a program licensing dispute that threatened to keep the Fox app off the Roku platform during the most highly viewed programming event of the year, the Super Bowl. Roku has also been at odds with AT&T, which pulled the app for its virtual pay TV service, AT&T Now, off the platform recently.

In the Digiday story, the unnamed media executives describe an evolution in which Roku is no longer a “neutral” platform, on which they negotiate a simple licensing agreement to have their app put into the ecosystem.

As anyone who has tracked Roku’s trajectory knows, the company has transformed itself from merely being a seller of devices and an OTT operating environment into an advertising juggernaut of late. Roku reported a 79% year-over-year gain in “platform revenue” (largely advertising) in the third quarter, to $179.3 million—only the latest quantum leap in ad sales for the Silicon Valley streaming video company.

At the heart of this ad sales growth has been the Roku Channel, an AVOD platform full of recent library theatrical titles, TV episodes, as well as an emerging selection of on-demand new, sports and kids programming.

Media executives complain that in order to get good placement and promotion of their apps, they’re increasingly being pressured to also license programming for the Roku platform—the same kind of “pay to play” behavior that’s often ascribed to Facebook.

“Before it was all just neutral, but now Roku is trying to direct anyone on Roku to The Roku Channel and that’s part of the icy relations,” said one media executive to Digiday.

Added another media exec: “Roku is competition now because of the success of The Roku Channel.”

When queried by Next TV, Roku responded with this statement: "Roku offers a large and valuable audience to content partners. We help content providers acquire, engage and monetize. When content partners succeed, we succeed. Content partners have choices. They can have a standalone streaming channel, their content can be found inside The Roku Channel, or they can do both. Many of our partners are choosing to have their content inside The Roku Channel because it is one of the largest AVOD audiences on the Roku platform. We create significant viewing and favorable economics when they become part of The Roku Channel and it’s a place where we can innovate new content experiences and ad capabilities.  And many advertisers invest with us primarily to reach addressable audiences, at scale, and to take advantage of our unique data, measurement and formats."

The statement added, "Bottom line, The Roku Channel is an important and valuable part of that overall capability that is delighting consumers and helping partners succeed."