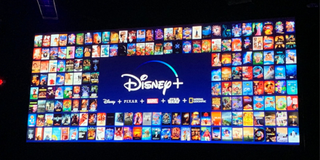 U.S. streaming service users who subscribe to both Netflix and Disney Plus watch the former more than three times as much as they do the Walt Disney Company’s new SVOD service.

This is according to Reelgood, a San Francisco startup focused on helping consumers navigate the complexities of OTT distribution. Reelgood has been building out its industry research and data capabilities recently.

Reelgood found that, out of a sample size of about 45,000 users, out of total time spent streaming movies and shows on either Netflix or Disney Plus since the latter launched Nov. 12, 74.8% of that time was spent on Netflix.

Disney announced that Disney Plus surged to 28.6 million subscribers, primarily in the U.S. and Canada, just a few months after its November 12 launch. However, the platform has only a narrow selection of family-friendly original shows, along with a significant but finite library of classic and popular movies and shows.