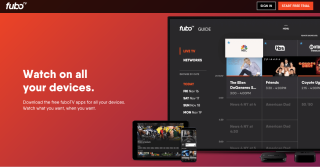 Fubo TV is boosting its sports programming--including live streaming games--with the addition of channels from the National Hockey League and Major League.

Starting Monday, subscribers to Fubo’s  Extra or Sports Plus Packages can receive NHL Network. In the coming weeks, Fubo said MLB Network will be available in both packages and MLB Network Strike Zone will be part of the Sports Plus package.

“Our sports lineup just got even better with the additions of NHL Network, MLB Network and MLB Network Strike Zone,” said Ben Grad, head of content strategy and acquisition, fuboTV. “With these networks, as well as NBA TV and NFL Network plus dozens of channels offering national, regional and local sports coverage, fuboTV leads other virtual MVPDs as the home of pro sports. Increasing our sports programming - alongside our industry leading news and entertainment lineup - underscores fuboTV’s leading position as a cable TV replacement for the entire family.”

NHL: Network presents live hockey games, including four this week, in addition to daily studio shows such as NHL Now, NHL Tonight and On The Fly.

Fubo’s Extra Package is $5.99 a month for more than 30 sports and entertainment channels. The Sports Plus package gives fans more than 20 sports channels for $10.99 a month, including NBA TV, NFL Network’s RedZone, Stadium and Tennis Channel.