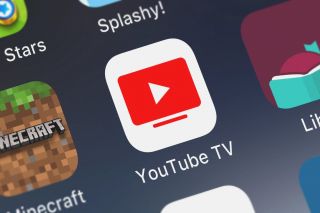 YouTube has joined Netflix in a move to downgrade streaming video quality in Europe, creating more room for telecommuting and overall increased network usage amid the ongoing COVID-19 pandemic.

“We are making a commitment to temporarily switch all traffic in the EU to standard definition by default,” the company said in a statement. (YouTube’s decision was first reported by Reuters.)

The announcement follows Netflix’s decision to reduce its video quality to standard def in Europe over the next 30 days—a move it says will reduce its traffic on Euro networks by 25%.

Both decisions follow outreach by European Union Commissioner Thierry Breton, who said he spoke to YouTube CEO Susan Wojcicki, as well as Sundar Pichai, CEO of YouTube’s parent company, Alphabet. Breton also said he talked to Netflix CEO Reed Hastings, trying to get ahead of what he believed is a real threat under mass quarantine/social distancing measures—that is, the strain on European broadband networks.

Also read: Netflix and Other OTT Companies Asked by European Union to Turn It Down to Standard Def

Globally, Netflix and YouTube represent the two biggest traffic drivers on the internet. But the major lobbying firms of both the European and U.S. telecom industries have gone on record in recent days as saying their constituencies’s respective broadband infrastructures are more than up to the task.

”At this stage, new traffic patterns are being effectively handled by engineers as per standard network operations," Lise Fuhr, director general of the European Telecommunications Network Operators' Association, said in a statement. "We support the European Commission's effort to ensure that national governments and national regulators have all the tools they need to keep networks strong across the continent.”