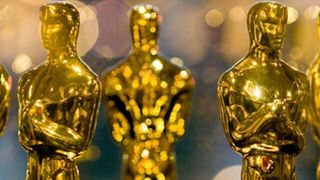 In a few short days, the 2020 Oscar season will blessedly come to a close with the awarding of, yes, the Academy Awards, concluding a pummeling gauntlet of lesser awards shows, events, receptions and screenings that kicked into gear way back around Labor Day.

But for Netflix, Amazon Prime Video and the rest of the streaming services that have weaponized the awards process for their own marketing purposes, there’s not much rest ahead, no matter how draining the past few months have been.

Where once the film business heaved a collective sigh and headed to Palm Springs or Jackson Hole for a little post-Oscars R&R, there’s no such break in streaming land.

Unlike the traditional Hollywood studios, where film was film and TV was TV, and each division largely had their own awards season, the major streaming services care little about old-school media operating units.

What they do care about is getting as much awards recognition as they can. Those awards, and the endless conversations about awards contenders leading up to the ceremonies, convey a sense of quality programming to subscribers who must pay up each month.

It’s a strategy that has been hugely profitable for pay-TV king HBO the past quarter century, as it racked up dozens of Emmys and billions of dollars in subscriber fees. Whether the same approach will work for the revamped HBO Max, set to launch in April with a remit to pump out far more programming, will play out over the next couple of seasons.

In the meantime, plenty of others are already in the awards game.

It’s been particularly important for Netflix, otherwise vulnerable to being dissed for huge amounts of not very remarkable shows. Salting in a few award winners amid the monthly flood communicates quality.

This season, according to a New York Times story from earlier this week, Netflix has spent at least $70 million to secure its 24 Oscar nominations.

Netflix first hit awards pay dirt with 2013’s House of Cards. The political thriller featured David Fincher as executive producer (he won an Emmy for directing) and starred Kevin Spacey and Robin Wright (who won Golden Globes and were nominated for multiple Emmys).

Netflix’s other prestige hit of the era, Orange is the New Black, lasted longer and didn’t win nearly as often, but was a consistent contender throughout a 91-episode run.

Pulling in Emmys and Golden Globes was a good first step. But beginning in 2018, Netflix escalated its awards regime, setting its sights on the Oscars.

At the same time, Netflix acquired a handful of serious contenders (Roma by Alfonso Cuaron, The Ballad of Buster Scruggs by the Coen Bros., and Bird Box, directed by Susanne Bier and starring Sandra Bullock).

And then Netflix did a remarkable thing. It put those movies into theaters before showing them to its customers. That approach qualified the films for Oscar consideration and moderately appeased film purists and auteur directors alike.

Even though the theatrical runs were short and limited to a few dozen screens, they tapped into the publicity and media engine surrounding every week’s film releases, and the even bigger engine around Oscar contenders. Netflix also backed its contenders with serious cash.

For Roma alone, Netflix spent $50 million or more, pushing an unprecedented Best Picture win for a foreign-language film. Roma fell short but still won the foreign-language Oscar, and Cuaron won for directing and cinematography. Not bad for a black-and-white period piece in Spanish and Mixtec, featuring a first-time actress.

Netflix also won Oscars for Buster Scruggs and a documentary short, while horror film Bird Box became one of the service’s most watched features.

This year, Netflix went even wider, giving 10 films limited theatrical releases. Among those getting the treatment were two eventual Best Picture nominees, a documentary feature nominee and an animated feature contender among 24 nominations.

But it likely paid off during the 2019 Emmys, when Fleabag won Outstanding Comedy Series and five other statues, and The Marvelous Mrs. Maisel picked up another eight awards on top of the eight it won the previous year.

Birnbaum had less to work with this Oscar season, after Amazon’s handful of feature acquisitions largely underperformed at the box office and never took off as contenders. But don’t expect the situation to stay that way.

If the buying frenzy at the just-wrapped Sundance Film Festival is any guide, this year’s Emmy and Oscar seasons should be even more hard fought as new services push their projects. At the festival, most of the big services acquired multiple projects, for prices up to a record $17.5 million.

Documentaries such as Boy’s State were particularly hot, an example of both changing audience tastes in the streaming world and a growing understanding that Oscars look good on the corporate mantle regardless of category.

At least some of those Sundance pickups likely will contend in 2021, especially as newcomers figure out their own awards strategy. Count on 2021 to be one of the most competitive, and endless, awards seasons ever.

That should comfort you as you get ready for Emmy season, which kicks in right after South By Southwest.