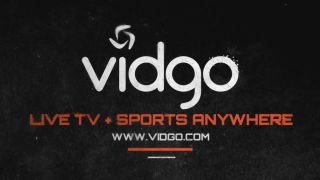 Looking to make noise as it fits its new crown as the lowest priced full service virtual MVPD, Vidgo announced today that it’s adding the full suite of Fox Corp. cable networks and local broadcast stations to its bundle.

Network. Fox Soccer Plus is now available as an add-on.

“Adding Fox to Vidgo’s lineup delivers tremendous value to our customers at a very affordable price,” said Vidgo CEO Shane Cannon, in a statement. “Fox has consistently dominated television ratings year after year with some of the most watched sports, news, and entertainment on television.”

The addition of the Fox Corp. portfolio comes after Vidgo touted the addition of Disney networks, including ESPN and major-market ABC outlets, last week.

It also comes as Dish Network’s Sling TV, previously the leader among vMVPD’s offering the full range of channels, upped its base price to $30 a month. The full iteration of Sling TV, which includes both its “Orange” and “Blue” channel packs, is now priced at $45 a month.

In addition to the The Atlanta-based start-up to the usual limited-time free trial instant sign-up option, Vidgo is carving a market among recent immigrants without credit cards, offering pre-paid service through a national network of wireless stores.

The question now: How long can Vidgo, which lists only $500,000 in seed funding on its Crunchbase profile, keep up its current business model before it needs to raise prices?