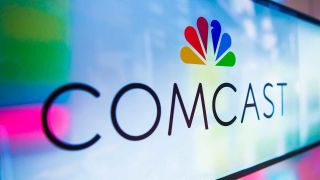 ViacomCBS has struck its first major carriage deal since completing its merger in December, a sweeping agreement with Comcast that spans retransmission consent of its owned and operated stations, carriage of a handful of cable networks and a pledge to integrate the CBS All Access streaming app on the cable operator’s X1 set-tops.

The deal, terms of which were not disclosed, includes retrans for 23 CBS O&O’s and carriage of cable networks Showtime, CBS Sports Network, Smithsonian Channel and Pop TV. In addition, Comcast said the CBS All Access app will be available on its X1 and Flex platforms later this year, and it will provide authenticated streaming of the CBS broadcast network and CBS Sports Network for the first time.

“We are very pleased to have reached this agreement to continue to bring CBS’ industry-leading entertainment, sports and news content from the CBS Television Network, Showtime, Smithsonian Channel, Pop TV and CBS Sports Network to millions of Xfinity customers, and delighted to offer these customers access via X1 and Flex to CBS All Access for the first time,” ViacomCBS president, U.S. Networks Distribution Ray Hopkins said in a press release.  “We look forward to discussing the entire ViacomCBS portfolio with Comcast in the future.”

“ViacomCBS has been a great partner, and we are very pleased to have reached this agreement to provide Xfinity X1 and Flex customers with more access to their content across multiple platforms,” said Comcast Cable SVP video and entertainment Rebecca Heap in a press release.