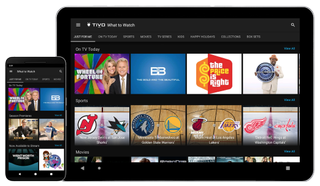 LAS VEGAS - A year ago at CES, TiVo demonstrated how popular OTT devices, such as Roku and Apple TV, could let users enjoy access the content on the TiVo DVR in their living room from other rooms in the house, or out of the home.

But this week at CES 2020, a Ted Malone, VP of products and services for TiVo, conceded that apps for OTT players are no where close to being deployed.

Apps for Roku and Apple TV are “in limbo,” he said, due to technical challenges. Apps for Android TV devices are closer, because TiVo set-tops run on Android TV. By extension, Malone said an app for Amazon Fire TV, the No. 2 OTT device ecosystem in the U.S. and the top one globally, with 40 million active users, is also close, as Fire TV runs on Android, as well.

“My bet is we’ll get Android, and because of that we’ll get the Fire TV, because it’s the same app, just different qualifications,” Malone said.

TiVo said at CES 2019 that apps for Roku, the top OTT device ecosystem in the U.S., and Fire TV would debut in the second quarter of last year, with apps for Apple TV and Android TV following in the third quarter.

These apps would ostensibly let users tap into live and recorded video on their TiVo DVR, from any location. TiVo already has apps for Android mobile devices that allow this. But the execution for OTT devices is proving complicated.

Malone said that in order to stream the video to other devices, TiVo must transcode it first. This entails quality and performance issues that the company has yet to resolve.

TiVo, meanwhile, has been a little distracted of late. On the top level, TiVo just scrapped plans to split its products and IP licensing business and instead entered a $3 billion merger with tech company Xperi.

On a products level, TiVo just launched an ad-supported streaming service. And at CES earlier this week, it announced its own entry into the streaming device market, Tivo Stream 4K.

“If we really believe the streaming market is where it’s at, we need to double down on that and not get distracted by a bunch of things that other people want, but aren’t really going to move the needle,” Malone said.