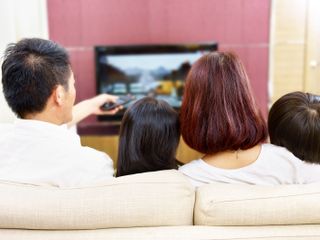 Nielsen projecting a spike in overall TV usage in the U.S. of around 60%, with consumers sequestered at home amid coronavirus-fueled social distancing.

Streaming video usage is projected to increase by 61%.

Nielsen said its analysis is based on TV usage data from two recent events: During a January 2016 blizzard that impacts the Northeastern U.S., total TV usage in New York rose 45% from the weekend prior; and during Hurricane Harvey in 2017, TV usage in Houston rose 56%.

The research company noted in its report that media consumption in the U.S. was already at historically high levels before the coronavirus pandemic. In its recent total audience report, Nielsen said that American spend nearly 12 hours a day using media. The report also found that three-fourths of consumers have been adding streaming subscriptions and TV connected devices, which give them even more media options.

Nielsen’s projections run counterintuitively to the reality on the Nasdaq and other stock exchanges, where media and technology stocks have fallen along with everything else in recent days.