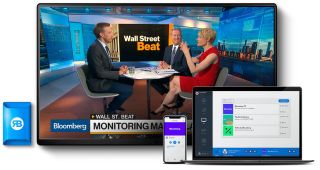 Rockbot, a Google backed company that already sells a professional grade music jukebox service to restaurants, bars and other commercial venues, is aiming to disrupt the out-of-home video business.

According to Garrett Dodge, CEO of Rockbot, the company has already deployed the service at the Hard Rock Hotel and Casino in Las Vegas. The service includes a range of smaller and niche channels. The limited programming selection includes Bloomberg TV, QuickTake by Bloomberg and Top Stories by Newsy for news; Stadium, ACC Digital Network and World Poker Tour for sports; and Outside TV and Fashion TV for Lifestyle.

Dodge said Rockbot is aiming to announce an expanded programming bundle next year. But beyond content, he noted that the service’s real advantage is in execution. Currently, commercial venues use what largely amount to residential pay TV technology to integrate multiscreen video.

“The average sports bar will have 15 individual cable boxes,” Dodge explained, each of them hooked up to an expensive AV cabinet somewhere at the facility. This box will cost, on average, around $50,000 to build, he said. For franchises, it’s an expensive solution offering little centralized control.

“Why are you using a consumer product, spending millions of dollars a year, and relying on a bar tender with a remote control?” Dodge asked. “If you’re going to run content in 10 to 50 locations, you want it to be a reliable and in your control. You don’t want to walk into your restaurant in Peoria and the staff has tuned to the wrong content.”

Out-of-home viewing accounts for 7% to 11% of overall video usage, Dodge said, citing Nielsen data. Usage has grown in the “flat-screen” era, whereby TVs have become flat enough, light enough—and above all, cheap enough—to be amply festooned all over venue walls. Back in the days of CRT televisions, which were considerably bulkier and heavier, this simply wasn’t feasible.

Rockbot is backed by Google Ventures and Universal Music Group. Dodge added that the company expects to grow its market share in video as linear pay TV operators retreat.

Comcast, he noted, had more than 1 million subscribers in the out-of-home market in 2017. “But that base has been rapidly declining, just as we’ve seen in the cord-cutting world.”